Elsa Sigfúss is probably the Icelandic musician who has sung on most albums, but it is confirmed that about a hundred and twenty albums are released with her singing. Likewise, they are likely to be more numerous, as Elsa worked throughout her singing career in Denmark, her albums were mostly released for the Danish market and therefore more difficult than ever to registrate her entire publishing history.

Elsa Sigfúss (Elsa Sigfúsdóttir) was born in 1908, daughter of Sigfús Einarsson composer (1877-1939) and Valborg Einarsson (1883-1969), who was Danish (born Hellemann), singer and pianist. Elsa was born in Reykjavík but moved young to Denmark with her family and got musical upbringing. Elsa studied piano and cello and played, among other things. on cello with the Reykjavík Orchestra in recordings on the occasion of the Althingi festival 1930. These recordings were released and are debuted on record.

Elsa's first album was released in 1937, a 78 rpm record, just like most of the albums that came out with her song. The first part of Elsa's singing career was mainly based on classical religious music, but later she also emphasized on popular songs and she was among Denmark's most popular singers around and until 1950. Elsa Sigfúss‘ singing career spanned decades, but she stopped singing in 1964. She was first and foremost a singer, but she also got to write music. She received the Order of the Falcon from the president of Iceland in 1961 for her contribution to the vocal arts. Elsa Sigfúss died in 1979.

Elsa was the first Icelandic woman to record and publish a Christmas song (1945). It was the song Heims um ból (Stille Nacht). In fact she had also sung Christmas songs in Danish four years earlier. They were Et barn er født i Bethlehem (A Child is born in Bethlehem), a Danish song by Andreas Peter Berggreen (1801-1880) with a poem by NFS Grundtvig (1783-1872) and Det kimer nu til julefest (The Happy Christmas Comes Once More), a song that is also Danish, by Carl Christian Nicolaj Balle (1806-1855) which is also with the poem NFS Grundtvig (1783-1872). Here you can listen to the song in the 1941 performance by Elsa Sigfúss, but it is known in Iceland as a baptismal hymn. 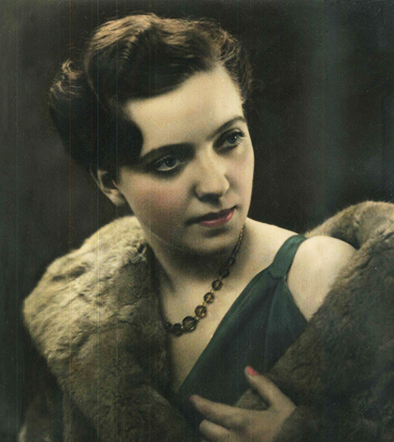