The National and University Library of Iceland preserves nine copies of The Guðbrand‘s Bible (Guðbrandsbiblía), which was first printed in 1584. It was was the first complete publication of the Bible in Icelandic and is named after Bishop Guðbrandur Þorláksson (1541–1627) of Hólar. It is estimated that 500 copies were printed.

One of the copies owned by the Library has a remarkable ownership history. At the bottom margin of the title page is written: "Halldóra Guðbrandsdóttir gives this book to Gísli Magnússon, here by wishing him eternal joy of life and soul  for Jesus Christ. Amen. Anno 1625. September."

Halldóra was the daughter of Bishop Guðbrandur, born in 1573 and died in 1658. She did not marry and had no children, but after her father had a stroke in 1624 she ran the bishopric for a few years.

Halldóra gave the book to the four year old Gísli Magnússon (1621-1696), a lawyer‘s son who later became a district commissioner (sýslumaður) in Rangárþing. He was considered well educated and knowledgable and often called Wise-Gísli (Vísi-Gísli) or Learned-Gísli (Lærði-Gísli). Who knows if Halldóra‘s gift to him helped shape his interest in learning?

This copy of the Bible came to the National Library from the Icelandic Bible Society, which acquired it in 1989, as a gift from Helga Helgadóttir (1906–1993). The Bible had been in her possession for 40 years and had belonged to her husband, Eiríkur Einarsson (1907–1969) architect. In a letter that accompanied the book is stated that Eiríkur was very fond of his Bible, "had great respect for it and always handled it softly and carefully, always calling it "Halldóra"."

Halldóra Guðbrandsdóttir‘s Bible will be on display on the exhibition Paper Trails, opening in May at the Library. Another copy of the Bible can be viewed on baekur.is. 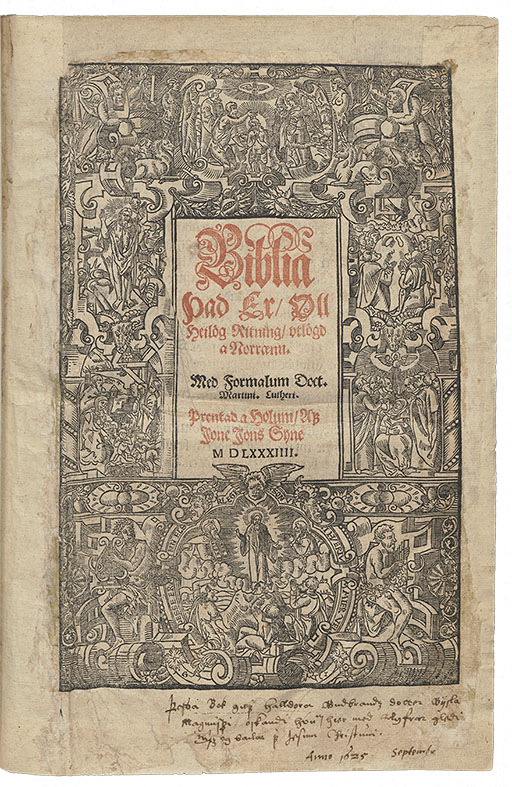 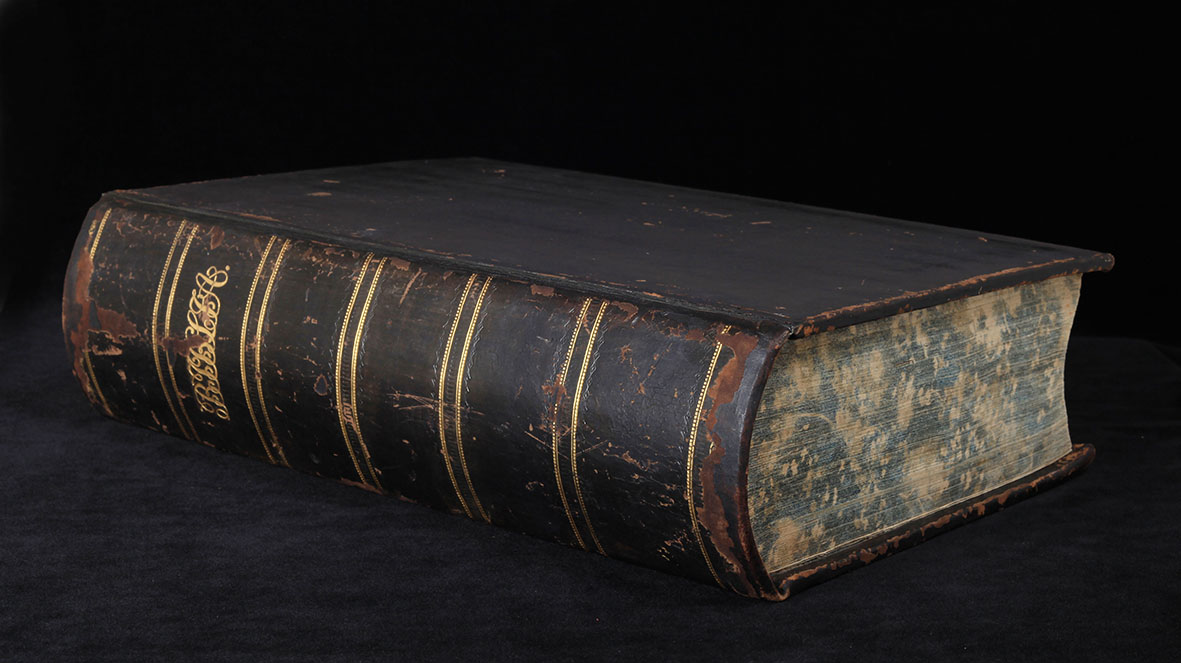