On May 20, 1919, when Halldór Laxness was 17 years old, he sent his mother a letter from Reykjavík. There he says, among other things, that he was in the company of the poets Stefán frá Hvitadal, Jakob Thorarensen, Einar Sæmundsson, Davíð Stefánsson frá Fagraskógi and Guðmundur G. Hagalín. He asks his mother to let Hagalín stay for a week in Mosfellsdalur because he wanted to get to the countryside before he went to the Westfjords. Halldór also says that his book, Barn náttúrunnar, was now at Ársæll Árnason's book publisher for reading and that Ársæll was going to try what he could to publish the book. If not, Halldór said that he himself would release it. It went so that the book came out "at the expense of the author" but it was printed in Félagsprentsmiðjan Printing House and Arinbjörn Sveinbjarnarson's bookstore handled its distribution.
The letter from the 17 year old Laxness can be read in its entirety at an exhibition that is now in the library on the occasion of the anniversary of the publication of Laxness´first book, Barn náttúrunnar.

Lbs 200 NF. Halldór Kiljan Laxness: Collection of documents and manuscripts. A letter from Halldór Laxness to Sigríður Halldórsdóttir, 20 May 1919. 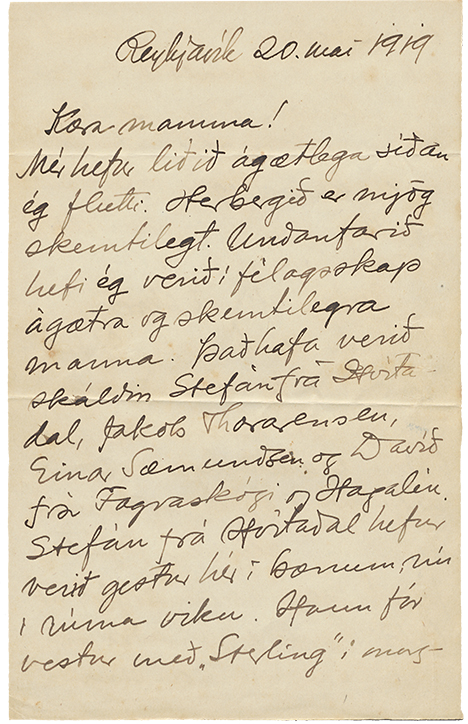 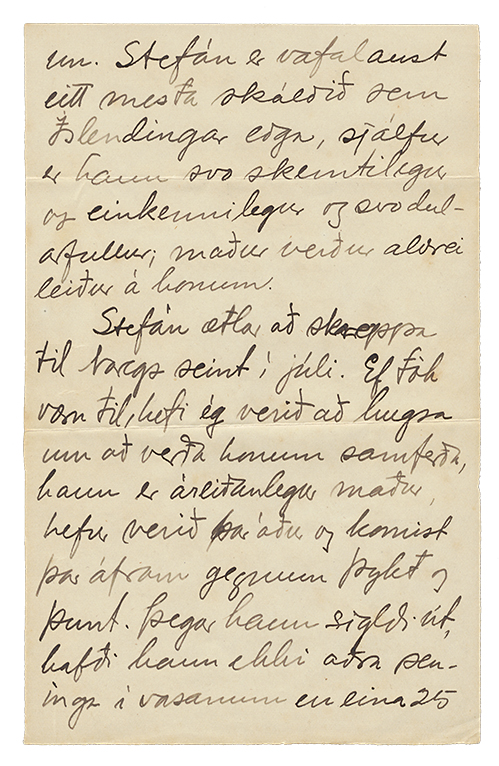 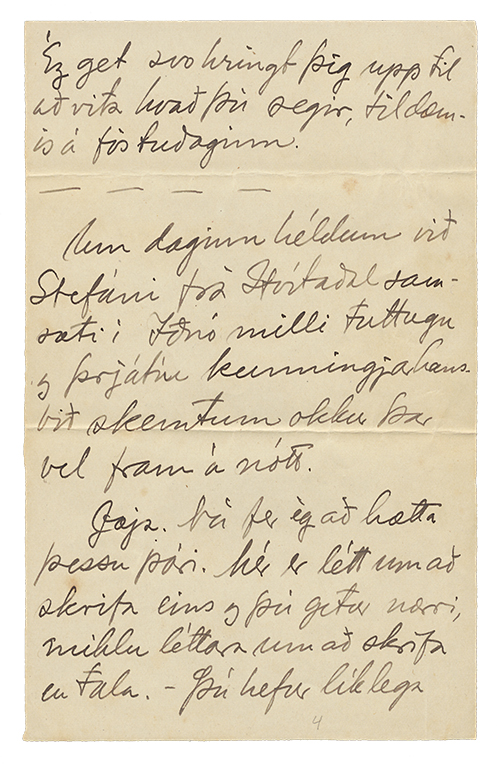 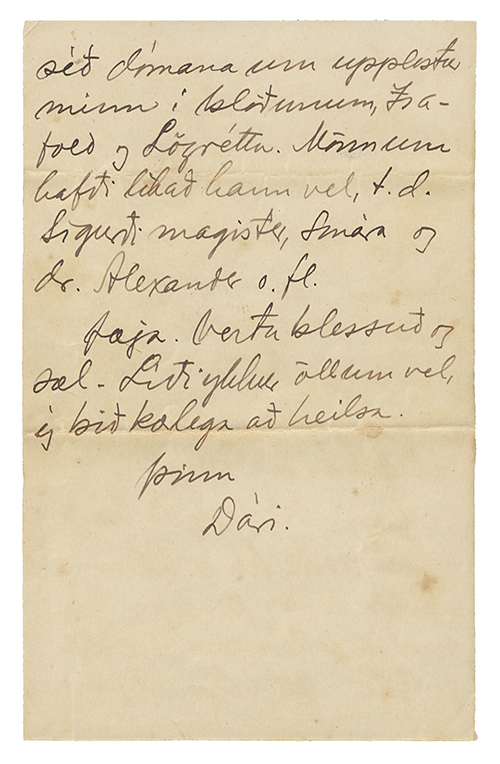