Sá nýi yfirsetukvennaskóli [The New School for Midwives] was published at Hólar in 1749. It is the first midwifery textbook published in Icelandic and was translated from Danish by Vigfús Jónsson, a renowned scholar and priest. The instigator of this Icelandic edition was Halldór Brynjólfsson, Bishop of Hólar. He felt that midwives needed a reliable modern textbook, as at that time they received no formal anatomical education—such instruction as they received was in the hands of the church and took the form of prayers and sermons. It was not until 1761 that the surgeon-general hired a Danish midwife to educate Icelandic midwives. Sá nýi yfirsetukvennaskóli became the standard textbook under her supervision. However, sources indicate that many midwives disliked the book, with some regarding its contents as too explicit. Over time the volume was much valued as it was the only such textbook available in Icelandic until 1789; respected midwives often knew it by heart. The publication of the book marked a turning point in Icelandic health history and is related to the beginning of the Icelandic midwifery profession.

The book is now on display at an exhibition in the library commemorating the 100 years anniversary of the Icelandic Midwifery Association:

The book can be viewed here 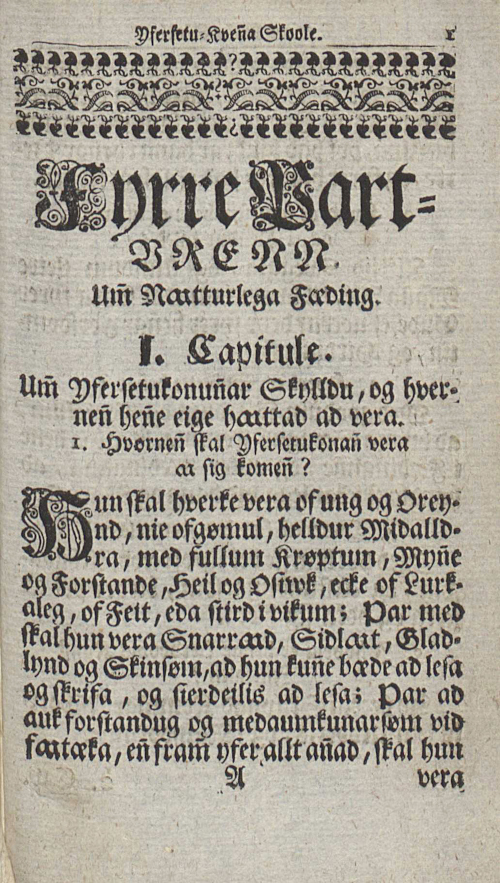 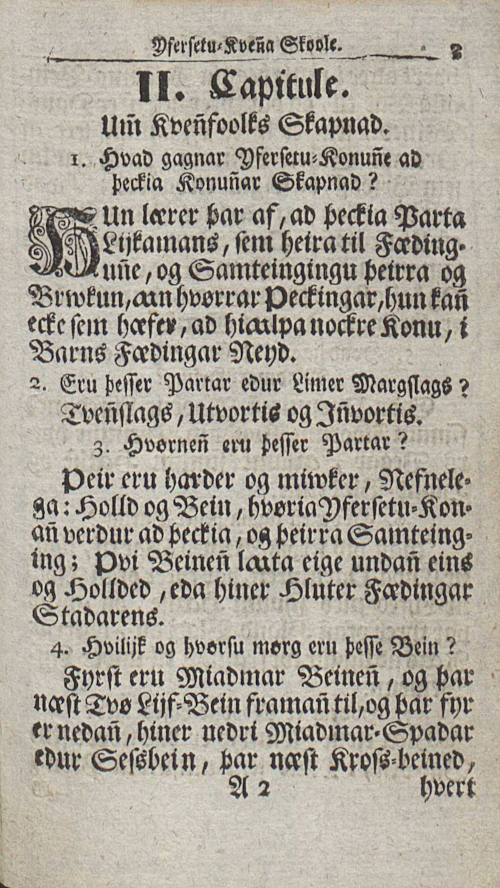 70th anniversary of The National Theatre of Iceland –