At the beginning of June 1783, a great flame of fire began on the hillside north of Síða, often referred to as Lakagígar (Craters of Laki), which are in this area. The eruption is known by the name Skaftáreldar and was due in February 1784. News came of the eruption to Denmark with the autumn ships, but some of the news were inaccurate. One of the Icelanders who studied there, Sæmundur Magnússon Hólm (1749-1821), wrote a book about the event and it was printed in Danish in Copenhagen in 1784 and in German a little later. At the end of the book there are two drawings which Sæmundur says are made according to maps he had previously made in Iceland. The maps are marked with the letters A and B.

The A-map spans the area from Kúðafljót river east to Núpsvötn lake and to Lómagnúpur mountain. Therefore, it is intended to show how this countryside, which was later waged by the fire, looked like  before the natural disaster began. The B-map is larger than A and extends from Múlakvísl river to the east of Öræfajökull glacier. It gives a picture of how much of the district disappeared under the lava flow. The map can be seen in the exhibition Points of View in the Culture House in the center of Reykjavík.

Sæmundur Hólm was born in 1749 in Hólmasel in Meðalland in the southeast part of Iceland and he honoured his birthplace by adapting the name Hólm. He studied theology at the University of Copenhagen but also attended the Royal Danish Academy of Fine Arts and got recognition for his studies there. Sæmundur is thought to have been the first Icelander to study art and the first Icelander to make maps. When Sæmundur returned home he became a priest at Helgafell and served there until 1819, but he died in 1821. 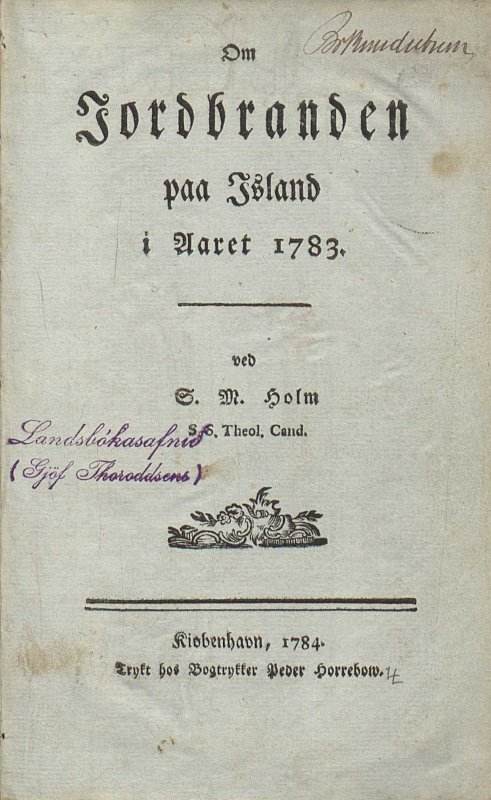 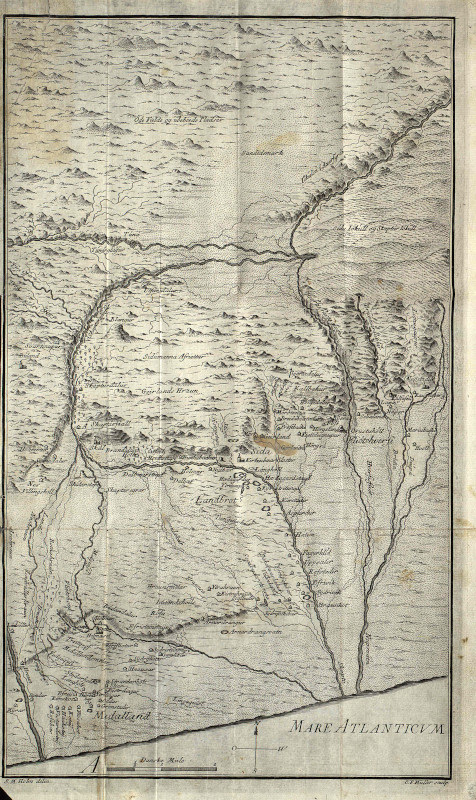 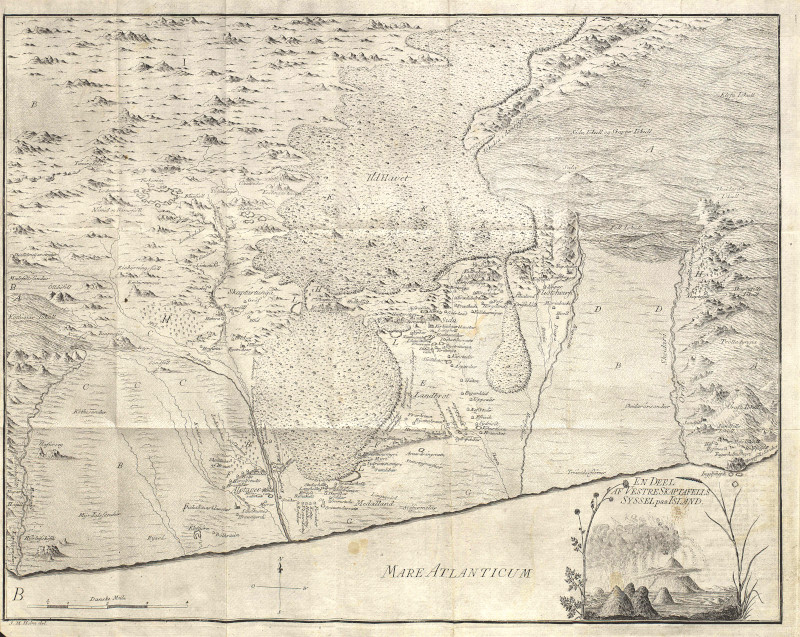