“Since my unforgettably precious daughter Hólmfríður, who was called away from this world on the 28th of November in the fourteenth year of her life, often beseeched me during the week long illness that took her life that I, along with other smaller gifts made by herself, “should for her sake do something good for orphaned children” and repeated this less than an hour before her death, visibly full of joy and anticipation for the afterlife, so it comes to my mind to fulfil this benevolent request of hers.”

So begins a document signed by Benedikt Vigfússon at Hólar on the 31st of January 1838. The document is preserved at the Women’s History Archives and is one of the oldest in the collection. Despite being almost 200 years old the document did not find its way to an archive until the autumn of 2018. Until then it was in a private home. The final wish of Hólmfríður Benediktsdóttir was discovered among the documents of Elín Briem (1856-1937), headmistress of a women’s school in Blönduós and author of the popular manual and guidebook Kvennafræðarinn. It is not clear how this document ended up among her papers, since Elín was born considerably later. It probably came to her hands from her father, Eggert Briem, who was the district magistrate in Skagafjörður 1861-1884. This particular document is almost half a century older than other documents from Eggert in the collection.

Benedikt Vigfússon was born in the year 1797 and is most notable for having bought Hólar in Hjaltadalur in 1824. At that time Hólar was no longer a bishops’ seat and had fallen on hard times but Benedikt, a wealthy man, restored the place to former glory. He was married to Þorbjörg Jónsdóttir and they had three daughters who survived infancy: Sesselja, Hólmfríður and Kristín. They all died over the course of five weeks in 1837, between the ages of four and fifteen. Their tombstones still stand at Hólar. A year later Benedikt and Þorbjörg had a son, but they never recovered from the loss of the daughters.

Hólmfríður was the last sister to catch the illness. Two months after her death Benedikt donates the farm Utanverðarnes so that: „the profit from it may be used to support an orphan in Skagafjörður, in the neighbourhood of Hólar if possible, whom the authorities deem suitable because of special circumstances such as the loss of relatives, a respectable background et cetera and good personal qualities, so this orphan may be spared from the general poverty alms, and once this support has served one such child, until it can earn its keep, that it shall by the judgment of the appropriate authorities be given to another one, and these orders shall be fulfilled for the support of one orphan to another, as long as the farm can serve this purpose.” 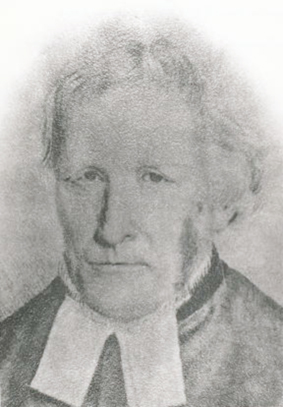 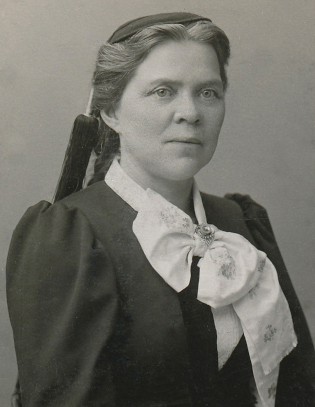 About the earthquake in Iceland in the year 1783