The Icelandic – Danish dictionary is mostly a collaborative project of the couple Sigfús and Björg Þ. Blöndal, which they started in Copenhagen during their first year of marriage in 1903. They worked so constantly on the dictionary for the next 17 years, but due to Sigfús' regular work at the Royal Library, it is clear that Björg's share has not been smaller than his in the dictionary work. An Icelandic-Danish dictionary was published in 1920−1924 in two volumes, as well as a supplement in 1963. Working on a dictionary is a costly work of patience and despite funding from Denmark, the work could not be financed. In 1919, Björg got the idea that "the dictionary should own itself". By that she meant that all the money raised for the sale of the book would go to a special fund, the Icelandic-Danish Dictionary Fund. Sigfús and Björg wrote a charter for the fund and Björg wrote the booklet Iceland creates a precedent where the fund idea was introduced as well as the charter. Björg managed to get in touch with a number of MPs, distribute the brochure and speak for the establishment of the fund. It became a reality and has been available all along. For money from the fund, an electronic version of the dictionary has been created, which is now open to everyone and accessible free of charge.

Here you can view the Icelandic booklet Iceland creates a precedent 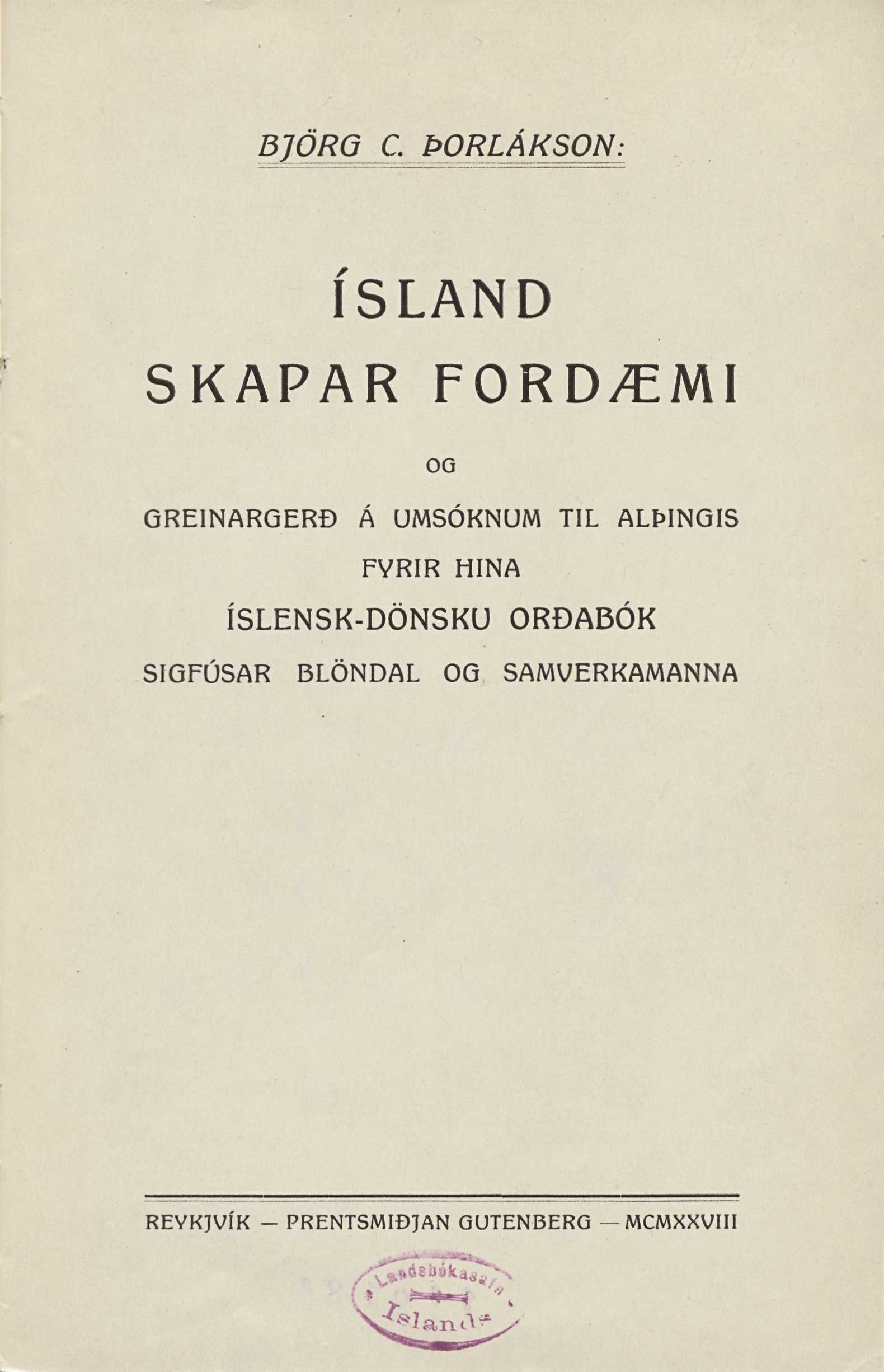 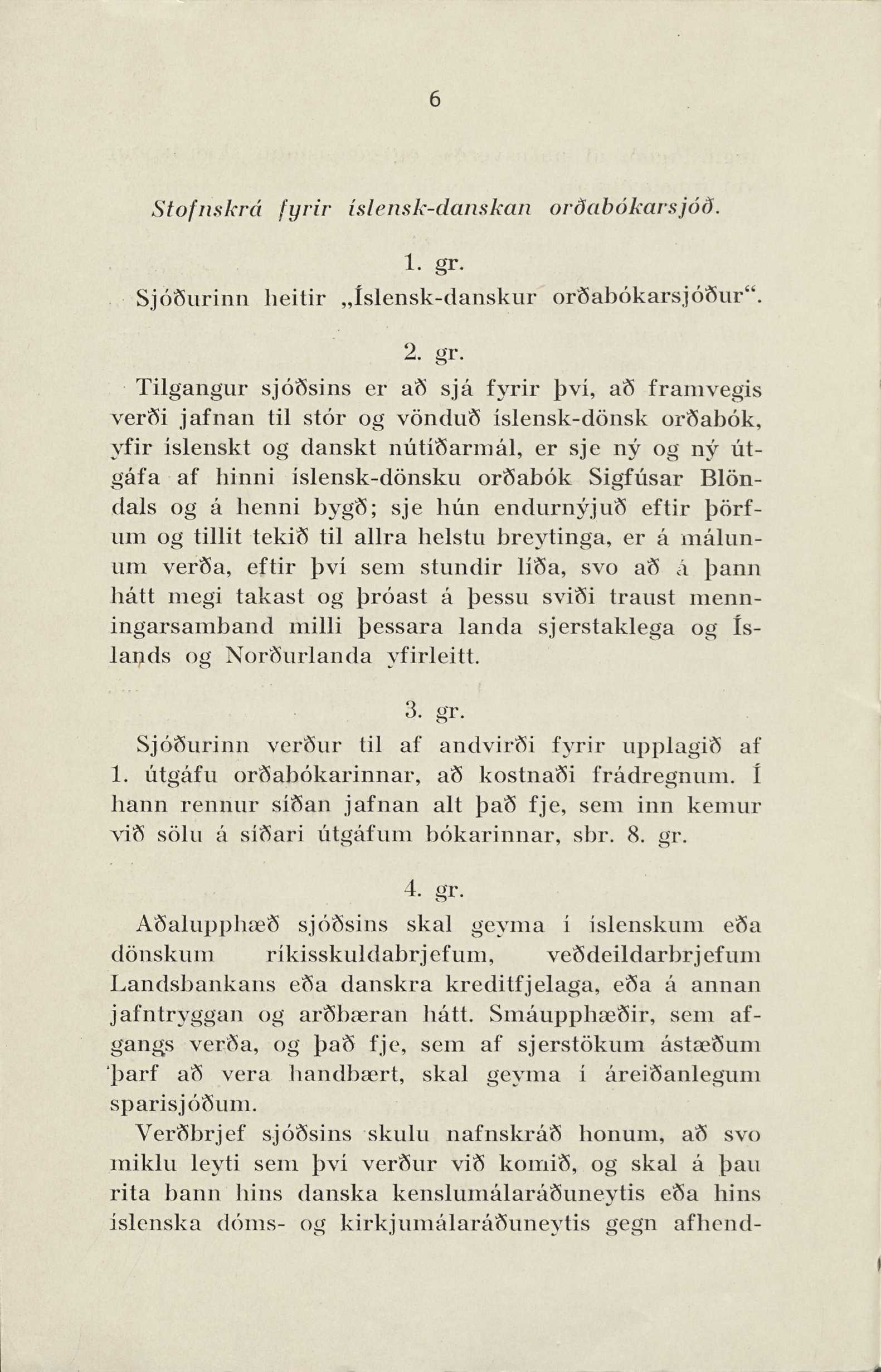 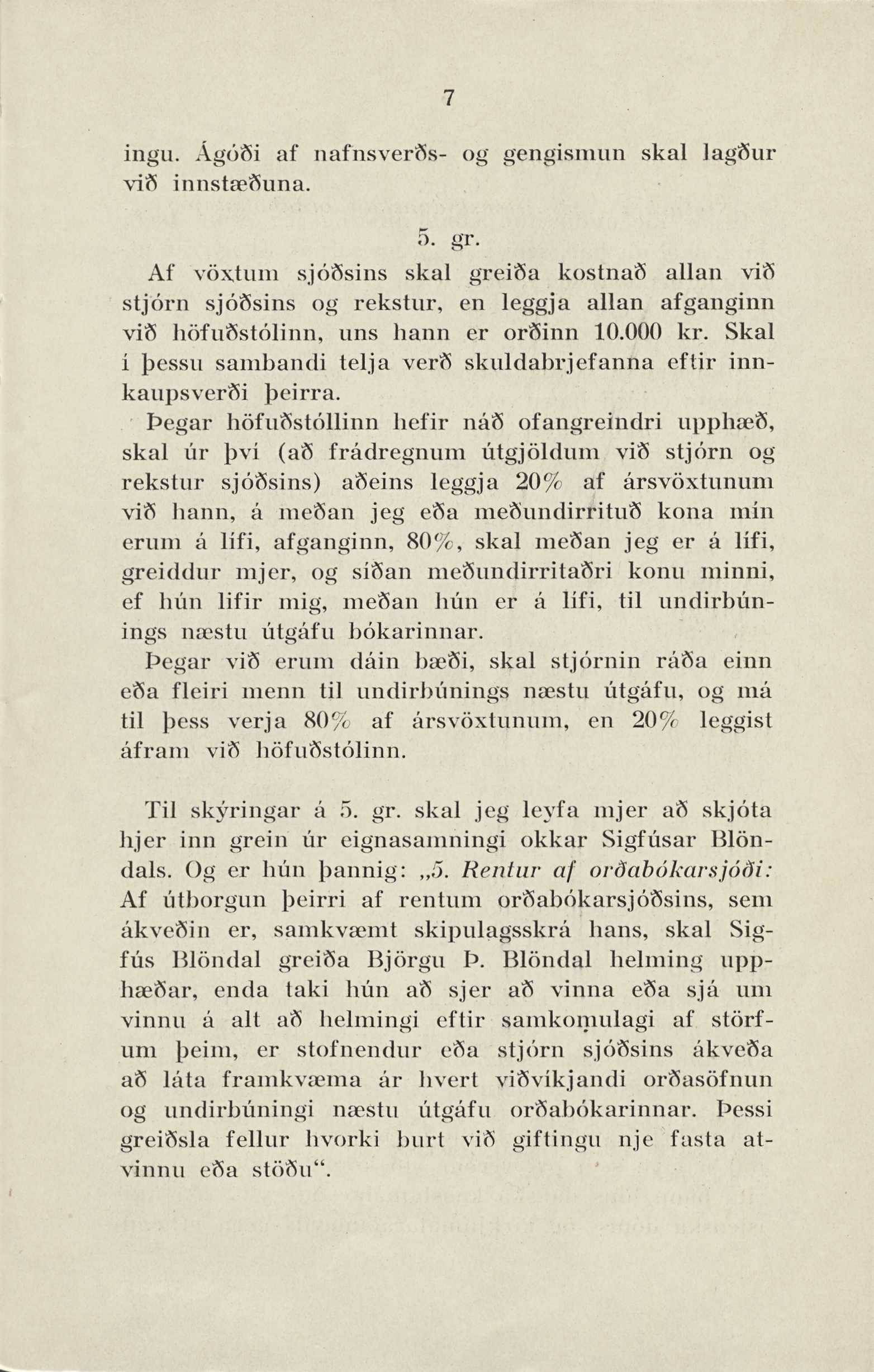