Lbs 663 8vo contains Oeconomia Christiana, by rev. Jón Magnússon (1601–1675) in Laufás in Eyjafjörður. The manuscript was bound in 1776 for Rannveig Ólafsdóttir (1734–1814) in Sauðlauksdalur and most likely it was written around the same time, possibly especially for Rannveig. It is decoratively written, probably by rev. Björn Þorgrímsson (1750–1832), who served at Saurbær in Hvalfjörður at this time. Rannveig´s initials, R. O. D., are carved in the vellum binding with golden letters. This is the only manuscript known to have been in Rannveig´s possession.

The text was first printed in 1734 and it seems like the manuscript is a copy of that edition. It is a sort of manual for good virtues and customs, put forward in poems. It should come as no surprise that a manscript containing this material belonged to Rannveig. She was considered a woman of exeptional qualities.

This manuscript is now on an exhibition in the library, displaying women´s manuscripts 1600-1900. 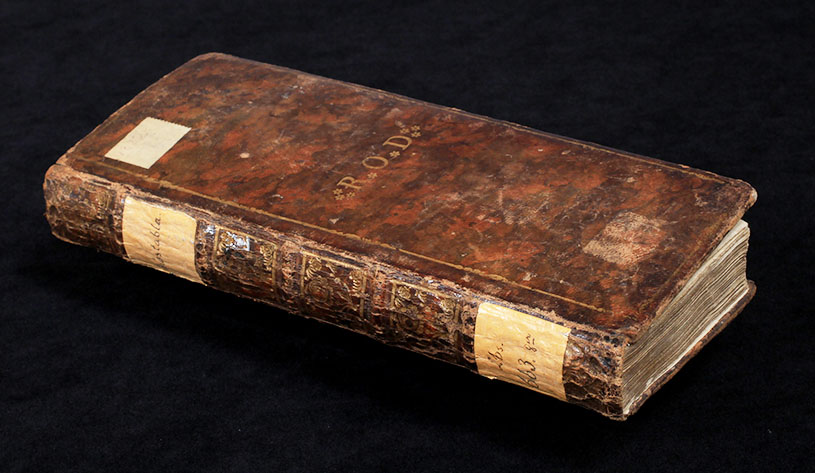