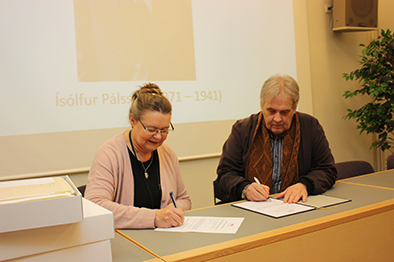 Friday, 3 February, a collection of manuscripts by Ísólfur Palsson (1871-1941) were delivered to the National and University Library of Iceland. Ísólfur Pálsson was an organist at Stokkseyri Church in the years 1893-1912 where he conducted also choirs and quartets. He studied the making of instruments and their settings in Denmark and worked in that profession after he moved to Reykjavik in 1912. Ísólfur wrote numerous popular songs in his life and put his marks on Icelandic music history. Ingimar Sigurðsson delivered the manuscripts to Ingibjörg Steinunn Sverrisdóttir, representing Ísólfur´s descendants. 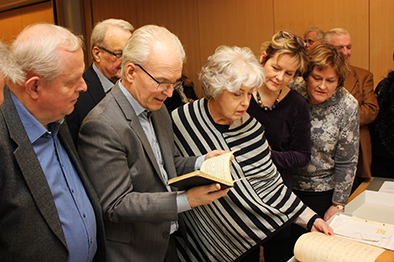