Jónas Reynir Gunnarsson was awarded The May Star Poetry Award 2019 for his book Þvottadagur.

“Þvottadagur is a very rich and versatile poetry book. Characteristic of the poems is powerful and captivating imagery and although their subjects are often serious, humor is seldom absent. This is a strong and thought-provoking work that inspires the reader to think and moves him.”

Jónas Reynir Gunnarsson was born in 1987. He was raised in Fellabær in the East of Iceland and studied creative writing at the University of Iceland. He has previously published the novels Millilending and Krossfiskar, the award-winning Við deyjum á Mars and the poetry books Leiðarvísir um þorp and Stór olíuskip, but for the latter he was nominated for the May Star Poetry Prize and received the Tómas Guðmundsson Literature Prize in 2017. Millilending was nominated for the DV culture Prize in 2017. Þvottadagur is the last book in a trilogy that began with Leiðarvísir um þorp and continued in Stór olíuskip.

Eligible were all published Icelandic poetry books of the year 2019 that were submitted to the National and University Library of Iceland.

Jónas Reynir Gunnarsson´s books are on display in the library together with other nominated books until 31 December 2020. 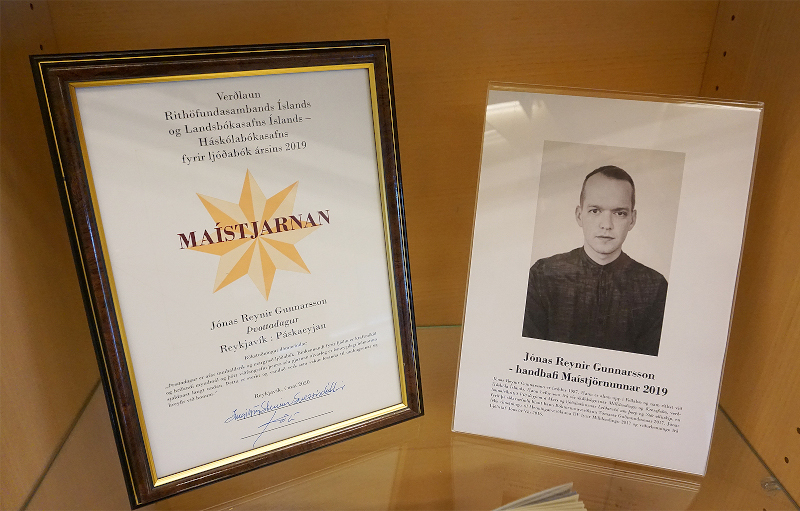 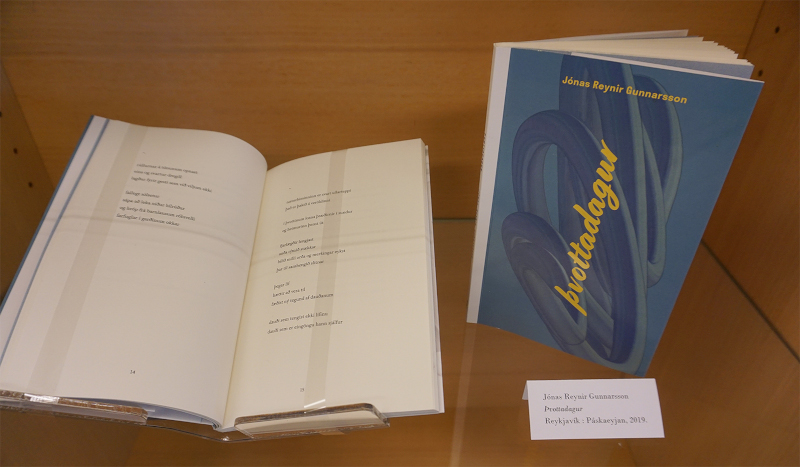 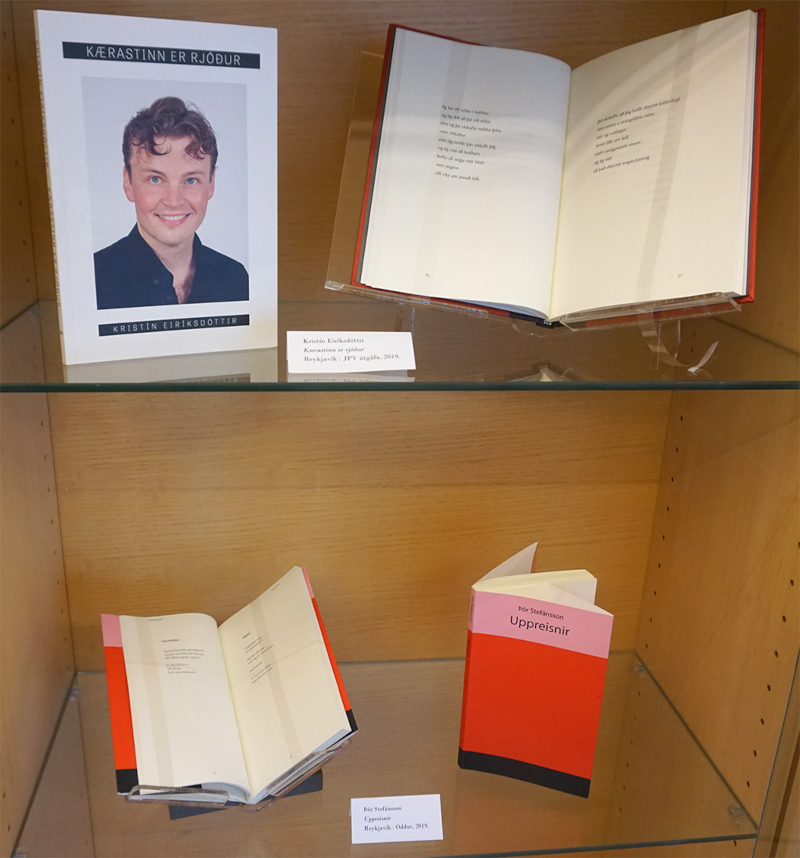 From the edge of the world (finished)