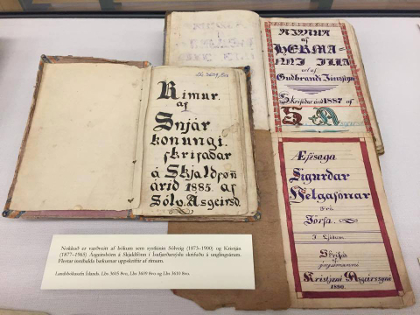 A few letters from children are preserved at the National and University Library of Iceland. Some of those letters were on display in the library in from July until October 2015, among them a letter from two sisters writing to their brother and another one from a young girl writing to Iceland’s national hero “President“ Jón Sigurðsson. There is also a small book with prayers, that was a gift from a father to his one year old son and a book of psalms a young girl got a as a gift from her sister.