Catherine Eyjólfsson and Erik Skyum-Nielsen, translators of works by Icelandic authors into French and Danish.

A small exhibition of a few editions of translations from Icelandic by Catherine Eyjólfsson and Erik Skyum-Nielsen has been arranged in The National and University Library. They have been energetic translators of Icelandic literature into French and Danish. At the Reykjavík International Literary Festival 2015 both of them received the new honorary award, Orðstír, which is intended to call attention to the invaluable work of translators. The prize is organized as a joint effort by the Icelandic Literature Center, The Icelandic Association of Translators and Interpreters, Íslandsstofa, The Office of the President of Iceland and the Reykjavík International Literary Festival 2015.

Catherine Eyjólfsson, translator of works by Icelandic authors into French

In recent years the esteem of Icelandic literature in France has increased significantly. Icelandic Sagas and the works of Halldór Laxness gained a firm footing in the French literary scene in the 20th century, but from the turn of the present century the number of translations of modern Icelandic literature has grown and they have received well-deserved attention. A person that has played a great part in this success is Catherine Eyjólfsson who moved from France to Iceland in 1972, worked for a long time as a French teacher but turned to translating in the 90´s. She has translated over 40 Icelandic works, among those novels and poetry by many of the nation´s most prominent writers, such as Auður Ava Ólafsdóttir, Einar Már Guðmundsson, Guðbergur Bergsson, Guðrún Eva Mínervudóttir, Gyrðir Elíasson, Ingibjörg Haraldsdóttir, Linda Vilhjálmsdóttir, Pétur Gunnarsson, Sigurbjörg Þrastardóttir, Sjón, Steinunn Sigurðardóttir, Svava Jakobsdóttir and Thor Vilhjálmsson. Some of these works have been nominated for esteemed awards, e.g. Catherine´s translation of a Reply to a Letter from Helga by Bergsveinn Birgisson, which is a candidate for an award that The University of Lille gives to an author and the translator jointly. 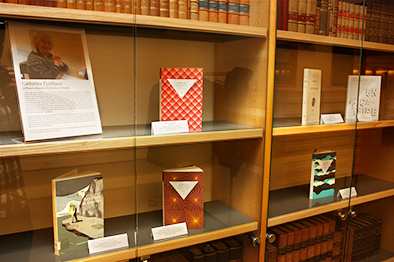 Erik Skyum-Nielsen, translator of works by Icelandic authors into Danish

Erik Skyum-Nielsen is educated as a literary scholar and he is also a respected literary critic. For the past 40 years he has been an energetic and important “ambassador” for Icelandic literature in Denmark, from the time he was appointed a guest lecturer in Danish at The University of Iceland in the mid 80´s. He has translated over 40 works into Danish, ranging from the sagas and eddaic poems to poetry, novels and plays by modern writers, among others Svava Jakobsdóttir, Thor Vilhjálmsson, Stefán Hörður Grímsson, Birgir Sigurðsson, Fríða Á. Sigurðardóttir, Gyrðir Elíasson and Gerður Kristný. Erik´s first translations appeared in 1981; short stories by modern Icelandic authors on one hand and an anthology of poems by a young Icelandic poet on the other, Einar Már Guðmundsson, who had in the previous year published his first two books of poems. Since then, Erik has translated most of Einar´s works into Danish shortly after their Icelandic editions appeared and thus laid the foundation for their popularity in Denmark. In some ways these Danish translations paved the way for Einar´s and other Icelandic modern authors´ works into other markets, not least in Scandinavia and Germany. 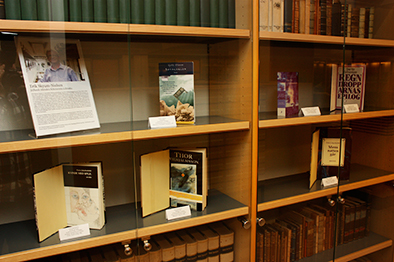