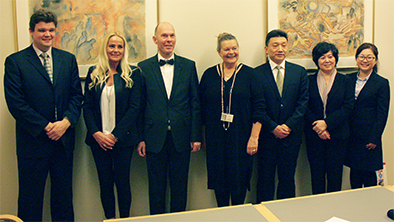 On Saturday the 12th of November an exhibition, CHINA and ICELAND, friendly exchanges, opened in The National and University Library of Iceland. The exhibition portrays the cultural and political exchanges between China and Iceland, commemorating the 45 years anniversary of diplomatic relations between the two countries starting 8th of December 1971. Since then, exchanges between the nations have steadily increased. China opened an embassy in Reykjavik in 1972 and Iceland opened an embassy in Beijing in 1995. Contracts regarding trade, culture and tourism have been negotiated. The exhibition is set up in cooperation with the Embassy of China in Iceland, the Icelandic Confucius Institute Northern Lights, China International Publishing Group and the National and University Library of Iceland, initiated by the Icelandic Chinese Cultural Society and Ólafur Egilsson former ambassador. At the opening, addresses were given by Ingibjörg Sverrisdóttir, National Librarian; YuTao, President of China Pictorial; Gunnar Snorri Gunnarsson, former Ambassador of Iceland in China; Zhang Weidong, Ambassador of China in Iceland; Magnús Björnsson, Director of the Icelandic Confucius Institute Northern Lights and Arnþór Helgason, Friendship Ambassador of China in Iceland and former president of KÍM. The exhibition closed 4 April 2017. 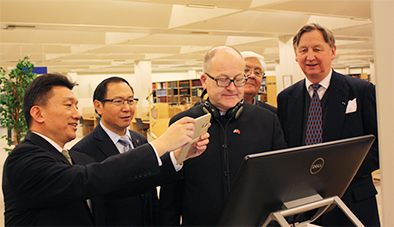 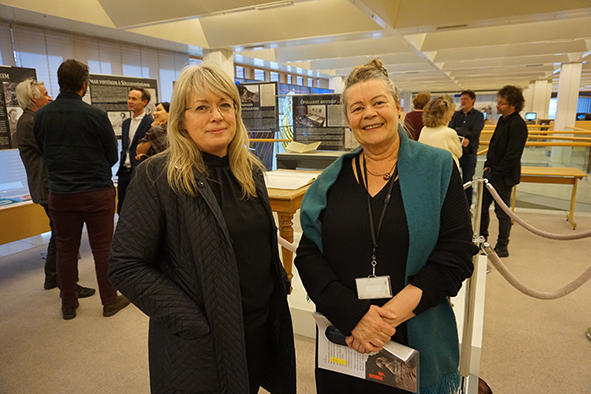